III.5.1 Can we turn leeches into bees through virtual mirroring? – three case studies

This section illustrates how to combine the measurement tools introduced in part II with the inovent process, to develop actionable interventions for more creative, productive, and happy individuals, teams, and organizations. We will analyze three organizational e-mail networks, in very different professions, with very different shares of bees, ants, and leeches among their members, comparing their emotion and flow variables with the performance of the organizations. The first organization to be analyzed is the informatics students in my COIN course, the second organization is members of health-care innovation teams, the third analysis looks at employees in a professional services firm. These organizations cover a wide spectrum of activities, from highly research oriented to very production and process focused.

To better understand the characteristics of the bee-, ant-, and flow-tribes I measured the groupflow tribal properties of three cohorts of my COINs course, where small student teams of two to five students work together for a semester on a topic of their choice in the field of happimetrics, groupflow, and social network analysis. I loaded the anonymized e-mail communication of the students into the Griffin tool, and ran the tribe analysis system. Out of 65 students, 39 were mostly bees, 16 mostly leeches, and 10 mostly ants (Figure 79 ). As the network picture shows, the most influential students are all predominantly bees. The number of people in the network is bigger than 65, as the students also communicated with other university administrators and students during the course. 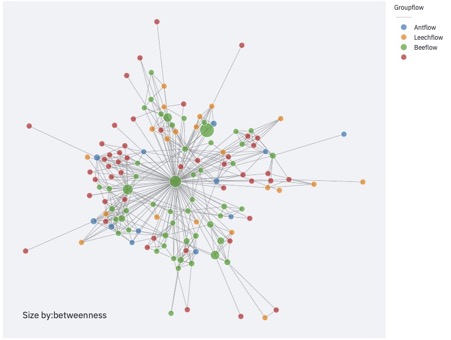 Figure 79. Assignment of the 65 students to their main tribe

Note that all students showed to some degree characteristics of all three tribes, even the strongest bees showed a small percentage of leech attributes. As the grey bars in Figure 80 illustrate, leeches still use quite a high amount of bee language in their e-mails, as, to a lesser extent, also do ants. Similarly, the bees also speak occasionally in ant and leech language. 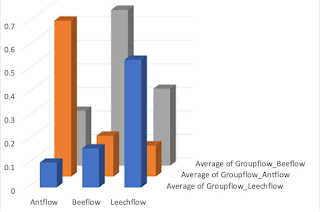 Figure 80. Distribution of other tribes among bees, ants, leechesc

As Table 3 shows leeches are mostly angry, fearful, and unhappy. Ants are not angry, and somewhat happy. Bees have no fear, and are even happier. Leeches are yolo, non-vegan, sedentary, stock-traders, anti-politicians, anti-journalists, and anti-risk-takers. Ants are not yolo, vegan, not sedentary, politicians and risk-takers. Bees are not sedentary, non-stock-traders, and journalists. Bees are also the most popular, as their in-degree is the highest, meaning that the more different people are sending them e-mail, the more bee-like they are. 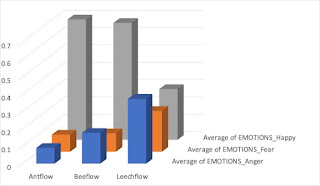 Figure 81 illustrates the aggregated emotions of the three groupflow tribes. Ants and bees are the happiest, while leeches are the angriest and the most fearful. 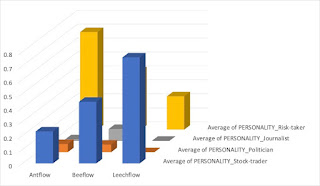 Figure 82 shows the personality characteristics of bees, ants, and leeches. Leeches are mostly interested in money as stock-traders, while ants are the biggest risk-takers. Bees are the most speaking like a journalist, in matter-of-fact language, of the three tribes.

Table 4 shows the correlations between the moral values of the students, and their emotions and personality characteristics as expressed in their e-mails.

As Table 4 illustrates, people who have high moral values in any of the four dimensions are all anti-journalists, or in other words, the less they care about moral values, the more they speak like a journalist. People who worry about harming others are anti-yolos, they are vegan, and they send more e-mails. People high on the fairness score are less angry, they are also anti-yolo, and they exchange e-mails with relatively fewer people, as indicated by the negative correlation with degree centrality. People who show high loyalty to their ingroup are also less angry, and they are happier. People who respect authority are also anti-yolos, and they are also stock traders.

In a second analysis, one year of e-mail exchanged between 400 participants in thirteen medical innovation teams was analyzed with Griffin.  Figure 83 shows this social network of the participants, with the nodes sized by importance of the people (betweenness) and colored by their predominant tribe.

As Figure 83 shows, the most important team members (the largest nodes) are all bees. When measuring their networking behavior through their honest signals, we found that the more leech-like somebody is, the slower they are in answering their e-mail (correlation with ego_art is 0.076, p=0.056). On the opposite, the more bee-like a person is, the faster are they in answering their e-mail (correlation with ego_art is -0.107, p=0.007). We also compared the performance of a team, as rated by a panel of managers, with their groupflow tribe membership. The higher the sum of all beeflow characteristics of all members of a team is, the better is the team’s performance (correlation of 0.643, p=0.033). The same also seems to be true for the leech-like properties, as the higher the sum of all leech characteristics of the team’s members is, the higher is its performance, although this effect is quite small (correlation of 0.054, p=0.077). 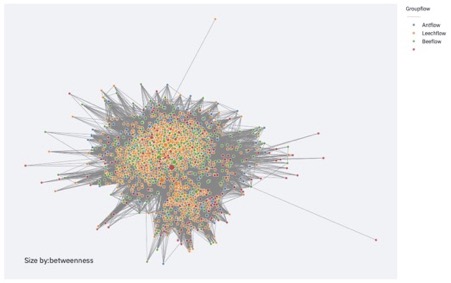 Figure 84 shows the full E-Mail network of the employees of the professional services firm, where the 90 employees are a part of. Compared to the medical innovation teams  and the COIN course students above, there are many more leeches among the employees. While all employees have some ant characteristics, they are mostly either bees or leeches. When looking at the performance of the individual employees, in this professional services firm there is no correlation between being a bee, ant, or leech and individual performance measured through customer satisfaction. There was correlation between individual emotions and NPS though, in that the less amazed and the less disgusted the members of a customer service team at the professional services firm were, the more satisfied were their customers.

Based on this analysis of bee-, ant- and leech-behavior from very different e-mail archives from potentially bee-like, ant-like and even some leech-type organizations there are three main insights:

I. Being a bee makes happy! The bee-like students were the happiest! There is an intrinsic reward in creating new things, giving huge satisfaction when the product has been created, independent of any monetary or other compensation, be it in the form of grades, or more general as power and glory.

II. Ants are good at winning! While the creative student teams were mostly made up of bees, the best predictor of team success was the number of ants who were complementing the bees. This is not so surprising, because the diligence of the ants is very helpful to complete a class project on time and at high quality. Creative ideas are great, but in the end also stamina and the capability to execute are needed. This leads to the final insight:

III. We need all three: bees, ants and leeches! While it is good to have many bees in a creative team, a small number of ants and leeches will make the overall team more successful. The resilience of ants, and the selfishness of leeches, when carefully channeled, will help the whole team deliver a superior product.  While the bees in the medical innovation teams were helping to develop creative solutions, in the professional services firm ant and leech-like behavior was needed to provide efficient processes and get satisfied customers. To support the collaboration in these teams, virtual mirroring of their communication will help bees, ants, and leeches to keep their interaction and ethical behavior in check. It will also help identify the contributions of all three, bees, ants, and leeches to organizational success, thus greatly increasing the self-motivation of individuals.