I.5.1 Ethics and Moral Values and Attitudes to Risk

Members of the same digital virtual tribe share the same ethics and morals, expressed through similar honest signals of collaboration. Frequently we take our own moral values as a given, without questioning them or understanding that others might live happily with very different morals. To understand my own behavior, creating awareness of my moral and ethical values and how they differ from others’ is key. We have therefore created a system that measures ethical and moral values by interpreting the honest signals of collaboration using AI and machine learning. We are using two different survey-based value assessments, the Schwartz value system, and the Haidt moral foundations assessment to assess ethical and moral values.

A second framework assessing ethical values has been defined by psychologist Jonathan Haidt and his collaborators. It distinguishes among five moral foundations:

Care puts strong emphasis on protecting others, fairness prioritizes rendering justice based on agreed on rules, loyalty emphasizes standing with one’s own group or family, authority prefers submitting to tradition and legitimate authority, and sanctity is an abhorrence of disgusting food, things, and actions.

Spain is one of the few countries on the World that offers rehab to white-collar criminals. Corrupt officials, lawyers who were caught taking bribes, and accountants embezzling money from their customers can participate in a rehabilitation program while they are serving their sentences in jail. When studying the psychological profiles of these white-collar criminals, the psychologists found that they are no different from ordinary people. They have the same system of values, however they mentally construct exceptions for themselves. They exhibit “moral disengagement”, constructing in their own mind elaborate schemes why their misdeeds benefit others and not themselves. They also show egocentrism, thinking only of themselves without concern for the desires and needs of others, and are unable to understand the viewpoints of other people. Their second characteristic is narcissism, an obsession with themselves, by forming an idealized and embellished self-image and an excessive need for admiration. On the other hand, they also show a lack of empathy for the needs and the suffering of others, and an exaggerated expectation of entitlement and lack of humility. The Spanish white-collar criminal rehabilitation program thus works with participants on reducing their egocentrism and narcissism, and to increase their humility and empathy.

For individuals knowing where they stand with regards to these ethical and moral dimensions will greatly assist in becoming a better and more entangled team player. In our research we have shown that not only do the words you use in your everyday language indicate your ethics and moral values, but even the way you move your body tracked through the sensors of a smartwatch will give away your moral value system and ethical beliefs. Even more, we found that the same indicators – the words you use, and your body language – show how willing you are to take risks. Combining all the answers of 140 people who had taken the DOSPERT risk-taking survey, it was found that people who are willing to take social risks, such as defying conventional social norms, are less willing to take ethical risks, such as cheating. People who are members of the “Yolo” (you only live once) tribe based on their words, are less willing to take ethical and health risks.

In a research project we predicted the moral values of individuals through their body movements measured with the sensors of a smartwatch. The personal moral values were assessed using the Schwartz Value Theory. Data for all variables was gathered through the Happimeter smartwatch-based body sensing system described in Figure 67. Our results show that sensor and mood factors predict a person’s values. For instance, we find that more self-centered individuals have lower heart-rate variability. In a second project we calculated the honest signals for each person in a mailbox based on the e-mail behavior of the person . We again found that the words a person used in their e-mail predicted the ethical and moral values of the person. For instance, the more positive and less emotional they were in their language, the more they cared about others.

We also utilized different methods to investigate the relationship between the Big Five Personality Traits of a person and their body movements and online communication patterns. The Big Five Personality Traits are also known under the acronym “OCEAN”: Openness, Conscientiousness, Extraversion, Agreeableness, and Neuroticism. They are normally collected by having an individual fill out answers to a list of question through a survey. In our projects we showed that there is no need to fill out the survey, just tracking body movements with a smartwatch, or analyzing word usage and online communication patterns will give away the personality of a person. 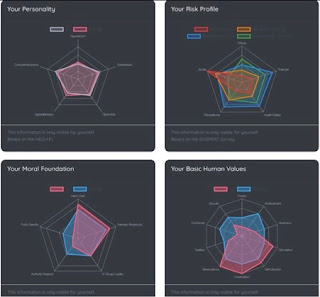 Figure 10. My personality values compared to the average values of all participants

Figure 10 illustrates the results of the surveys for Schwartz values, Haidt morals, the DOSPERT risk-taking survey, and the OCEAN personality traits. These surveys are available at www.happimeter.org, so everybody can check how they stand in comparison to all other 150 to 400 people who have answered these surveys.

Our research illustrates that recent technological advances in AI and machine learning can be employed to analyze a person’s values and personality characteristics, combining body sensors and mood states to investigate individual behavior and team cooperation based on an individual’s body language and word usage.

In experiments it has been shown that doing good deeds indeed carries intrinsic rewards. In a research project, people who voluntarily participated in an act of kindness and morality, showed more strength after that act . The researchers stopped random people at a subway station in Boston and asked them to carry a 5-pound weight with stretched out arms for as long as possible in return for a candy bar. Participants then got some money, which they either could keep, or donate to a charity. Afterwards they were asked to repeat the weight lifting exercise. The ones who had donated the money to charity were capable of holding the weight 15 percent longer than the control group.