An individual can only get in groupflow in the company of others. While groupflow most easily is reached in face-to-face interactive collaboration, it can also happen virtually, for instance in a virtual concert in zoom. For example, the virtual performance of 58 children of the OneVoiceChildren’s choir performing together on zoom the song “memories” by Maroon 5 is a perfect showcase of a team reaching the flow state together while physically apart (Figure 16). 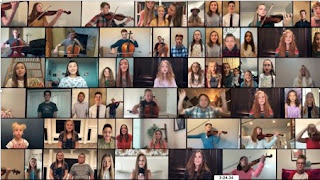 The degree of entanglement can be measured as direct synchronous interaction between humans such as between the children in the OneVoice Children’s Choir, who influence each other instantaneously through voice and body gestures shown on the webcam to get into flow. We can also measure asynchronous interaction between participants, such as two teams of TikTok creators responding to each other’s challenge by recording similar dance moves to the same song, such the different videos produced reacting to the “Blinding Lights Dance Challenge” . 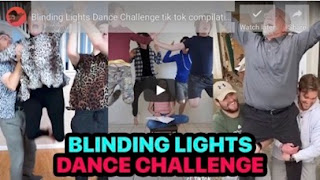 Besides measuring interactions through body gestures, we can also measure interaction through words. You have probably been entangled many times on WhatsApp, Signal, Telegram, or WeChat with your loved ones in a quick dialog exchanging short messages and smileys and other emojis in minutes or seconds. The same, at a slower pace, can also happen by e-mail, where the speed of response and the intensity of turn-taking is an indicator of the degree of entanglement between two people exchanging e-mail. It also can happen globally, exchanging messages for instance on Twitter or Reddit, be it about #BlackLivesMatter, #MeToo, #MakeAmericaGreatAgain, or about GameStop on the Wallstreetbets subreddit.

How can this interaction be measured formally and precisely? Measuring human communication dynamics can be done on the individual, the organizational, and the global level. Figure 18 illustrates the methods and tools described in this book to measure interaction among humans. 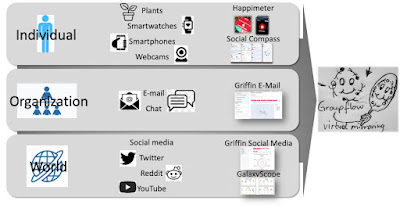 On the individual level, we can measure interaction through body signals captured by smartwatches, facial expressions captured by Webcams, and location tracking and interaction measured by smartphones. We also can use plants as biosensors to capture human emotions and interactions (see chapter II.8). On the organizational level we can use e-mail archives, and archives of chat interaction such as slack or Microsoft Teams. On the global level, Twitter is most prominently used to measure interaction, other online social media tools providing communication data are YouTube comments, and Reddit. Unfortunately, Facebook which would be a great source of social network information is closed for automatic computer-based analysis, thus it cannot be easily analyzed.

The process to building entangled organization starts with knowing oneself. While we all think we know who we are, in reality there is a huge mismatch between the person I think I am, and the person others see in me. I might think I am a fair, considerate, gregarious, popular individual. However, when asking others, if they are honest, they might tell me a very different story, of experiencing me as a biased, egoistic, disliked, or isolated individual.  However, through our “honest signals” we are telling others who we are without saying it explicitly: How you move your body, and your use of words will give you and others deep insights into your personality. The words you use in E-Mail and other online communication tools such as Twitter, WhatsApp, Slack, or chat will identify your emotions, personality characteristics, your ethical values, your attitudes towards risk, and to what virtual tribes you belong.

The same information can also be found from the way how you move your body. This can be measured easily and non-obtrusively in a privacy-respecting way either with the body sensors of a smartwatch, or through facial emotion recognition with a webcam, smartphone camera and smartglasses. We have built a set of tools based on artificial intelligence, using millions of observations of people to train our software. We have collected anonymized data records of people communicating with others over the Internet, communicating within large organizations, and in face-to-face interaction, analyzing Twitter archives, e-mail logs and the sensors of smartwatches, and sociometric sensors. These communication logs have been compared with personality characteristics, ethical values, and understanding of fairness assessed with different personality tests such as the FFI Five Factor Personality Inventory, an ethical and personal values survey (the Schwartz value survey), and a fairness survey (the moral foundations test) (see section I.5).

There are two types of honest signals:

(1) Actionable, when I learn about them, I can change my behavior. For instance, how quickly I respond to others, and what words I use when communicating with them.

(2) Non-actionable, simply informing me what others think about me. For instance, how quickly others respond to me, and what words they use when communicating with me. I can only influence the behavior of others indirectly by changing my own behavior. 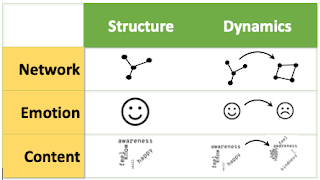 Measuring network structure will calculate the influence of people based on the structure of their personal network, tracked through communication archives such as e-mail, Twitter, and face-to-face interaction records from smartphones and other sensors. Networking dynamics will measure how the interaction structure changes over time, for instance measuring if somebody becomes less central over time, or the speed with which others respond to an individual.

Measuring emotions of an individual in a particular context will give insights about the personality, ethical values, and risk attitudes of the individual. These emotions can be measured through facial expressions, body posture, body signals like heart rate or arm movement, and also through the emotions expressed in written language used in communication with others. Changes in emotion can also be used to measure outcome of an interaction. For instance, in class presentations, theater performances, and music concerts, when analyzing the emotions of the audience, we found that presentations that produced an emotional rollercoaster of surprise, happiness, disgust, fear, and anger were rated higher by the audience in the end than a presentation that produced a constantly happy facial expression among the listeners.

Measuring content will show the creativity of the people exchanging the content. A group that uses highly specific words deviating from the rest of the organization is more creative. Looking at the dynamics of how novel words spread through the group will also pinpoint the most creative and influential group members. The more a new word or concept is being picked up by others, and the faster it spreads, the more creative and influential is the creator of the new concept.